My holiday blinkie from Joelle

Joelle's blinkies are forever. My store however, contrary to what it says at the bottom of Joelle's blinkie, is now at Oscraps. (I didn't want to change anything cus it would sort of be like fidgeting with a Vermeer.)

A cure for ants in the pants

Sometimes I get "ants-in-my-pants" and after having my seat planted in front of the computer photoshopping for too long yesterday... I got a little stir crazy in the rump and the head. I grabbed Tim, Annie (our dog), some beat-up towels, and the car keys and headed for our favorite hidden forest hot springs. It was the relaxing magic we needed. Tim read “The Name of the Wind” to me as a warm wind dropped pine needles into the pool. We sank in and let the little warm waterfall and the slick, soft moss against our skin pull us into a blissful trance while Annie stood guard for squirrels.

We hiked back to the car and decided to drive further up the mountain and explore a bit, happily plowing through piles of snow until we met one that was too deep ...we really should have seen that coming. We were high-centered. The weather had been toasty so Tim had taken the tire chains and snow shovel out of the car last week. We had a camping shovel the size of a spatula and a windshield brush to clear all the snow out from under the car. Nearly two hours later, and surprisingly invigorated, we plowed ourselves out. Today the ants are gone and the snow chains are back in the car. 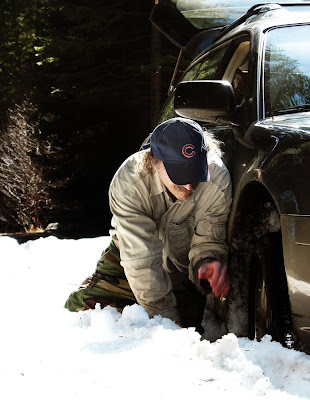 Starting on a new kit

Since Baby Bee Garden came out last week I am working on 3 different kits. I’m not sure which one will work its way out next. I just watched Spirited Away again and it has been stirring up beautiful, cloud-filled ideas in me so I’m going to have to do something in that direction.

Here’s a couple new pages I photographed, photoshopped, and painted this week. 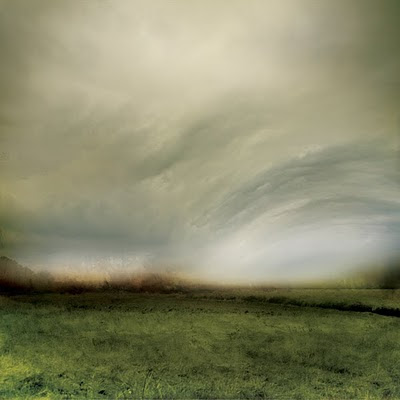 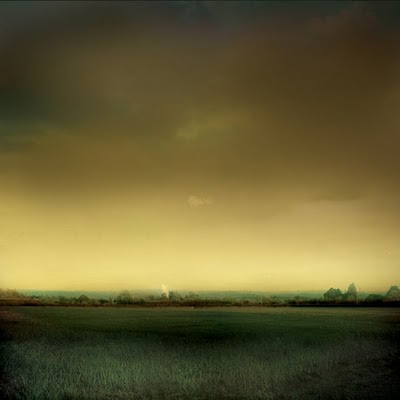 I like skies. My DH moved out West from Chicago. He likes looking at mountains. I have always lived in the mountains but skies are so huge back in the flat Midwest. They make my insides feel eager and tingly watching the wind push the sky around. Big blue mountains dragging tattered clouds behind them are definitely pretty. But a storm sneaking up on you from a distant horizon is really thrilling. Those voluminous storm clouds are kind of the Great Plain’s version of mountains in my mind.

These papers are skies whispering at me to look out. The sky with the circle forming is how I felt yesterday. Something is happening or has to happen, it could be something big or it could just blow over, it could be refreshing and exhilarating or it could be scary. Could.

It looks like IE8 is not treating this blog as it should, while IE7 and Firefox are being just peachy. If the page keeps blinking out (and you can read this) you might want to switch browsers. I’m trying to fix this.
Posted by Lorie at 3:08 PM 10 comments:

Hi, this is my first ever blog.

I mentioned to my friend and CT member Dani3 that I would like to have a blog someday and blinkety blink she sent me this. It's beautiful and a little scary. Once I get it all figured out I will be basically writing out what's going on in my noggin as I'm putting together my next kit. This should be fun. Thanks for visiting.
Posted by High Four at 7:44 AM 1 comment: 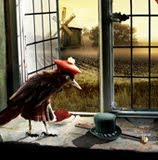 Hi, I am Lorie Davison and I am a scrapbook designer. Yay! I love designing scrapbooking kits as much as I love scrapbooking so I consider myself extremely lucky.
read more....

The amazing Karen Valentine redesigned my blog. I could not figure out how to put Joelle's blinkie into the header so Karen did it for me and magically beautified my blog at the same time. Thank you so much Karen you are wonderful!!!

Maya on how sometimes it takes a fantasy to tell your real story. 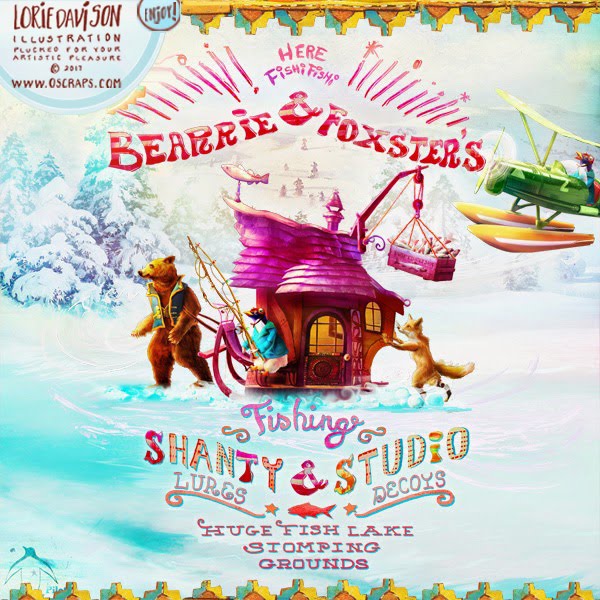 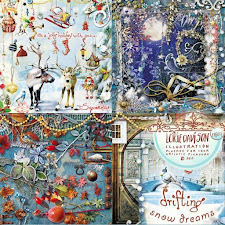 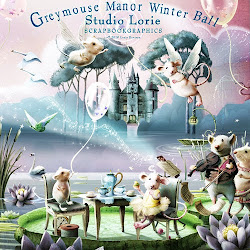 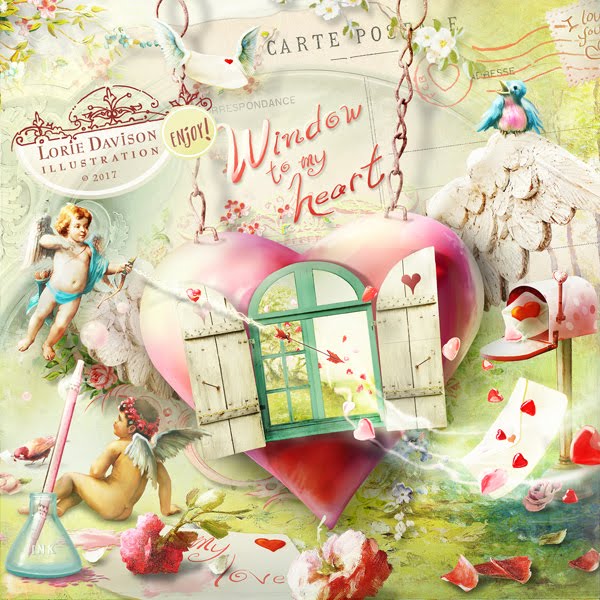 Window To My Heart 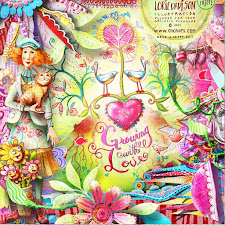 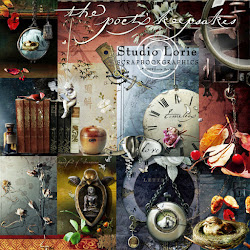 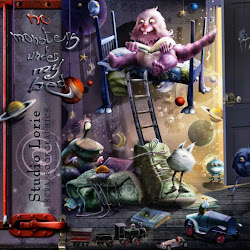 No Monsters Under My Bed 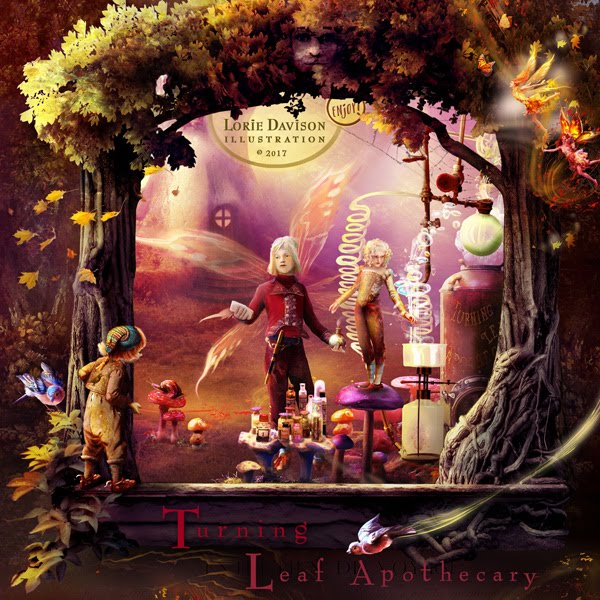 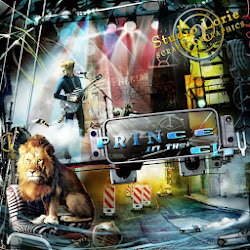 Prince In The City 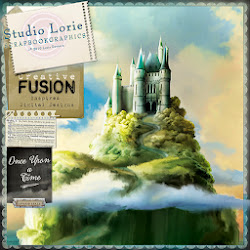 These fantastically talented artists use my designs for their creative products

Jennie Louise of jennielouise photography has a magical knack for creating fantastical artworks with her children portraits. You must see them. She’s a mum of two children and, as she says on her site: “I understand how it feels to see your little ones grow up. They change a little every day and you're left wondering where the time has gone! It’s a real honour for me to be able to press pause on time for you and capture these moments.” She’s amazing. You really should have a look.

Natalya Shevchenko is an amazing fantasy artist. She has for years been making elaborate beautiful story books for her family and now she is making them for her customers all over the world. She also creates cards, calendars, posters, and will organize your vacation pictures into a beautiful personalized scrapbook. Here is Natalya’s blog. While you are there you really should link to “Colored Memories of Distant Lands,” to see Natalya’s travel scrapbooks.

Sandra Tieks of TX-Design Geboortekaartjes has a section of her store devoted to her incredible fairytale baby cards using my designs. Sandra also will put your photos into story books and cards of all kinds.

Cindy Grundsten of Cindy Art Design is a photographer, artist, photomanipulator, and illustrator who sells prints and offers her illustration services for everything from advertising to book covers. Here is some of her fantasy art atdeviantart.com.

Jitka Stejskalová ofFotostudio JS (you may know her by her scrapbooking name, Vrtule) is a multi-talented artist who specializes in almost all forms of digital photographic services. 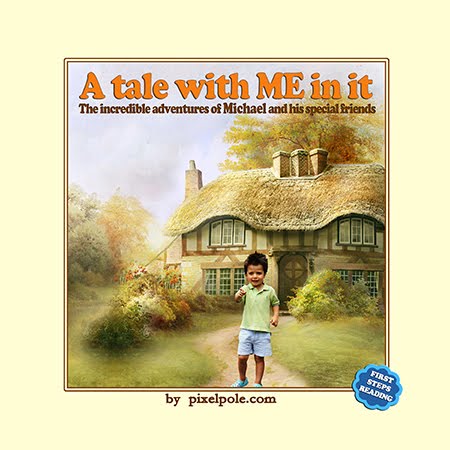 Pixelpole.com is using my "Summer Leaves, Autumn Tea" to create a book with your favorite child in it. It’s called “A Tale With Me In It." They wrote the story and illustrated the pages with everything and everyone in it except for the main character who, as it turns out, is the child of your choice. Basically you preview the book at Pixelpole.com, pose and take pics of your child, upload your pictures, they insert your pictures into the story, and send you the book. Pretty snazzy. 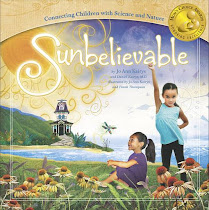 Sunbelievable just won the 2012Mom’s Choice Award and is getting great reviews. You can preview and buy it at Amazon. It’s also for sale at Barnes and Noble and, probably, at your local bookstore. AND some of my designs were used in the book.

All of the above artists are licensed to use my designs.